For this project, I used dynamics and Bullet to create a Lego car crash animation. In this animation, there's two cars that are going to crash to a wall. The first one crashes to the wall and disassemble while the wall stayed intact. The second car crashed into the wall and destroying both the wall and the car with the human lego in it.

I create all of the lego pieces in the enviroment except for the green car. I started with an enviroment where I created all the various blocks of lego pieces. From a 1x1 block to a 2x8 flat piece and the wheels. I created these pieces to scale using actual sizes from Lego. I made sure that all the pieces fit together when assembled to make sure that when I add rigid bodies, that it will not collide with each other if they're not supposed to. There was supposed to be more to this enviroment such as the stands with is hidden at render. The stands is where the audience are supposed to be 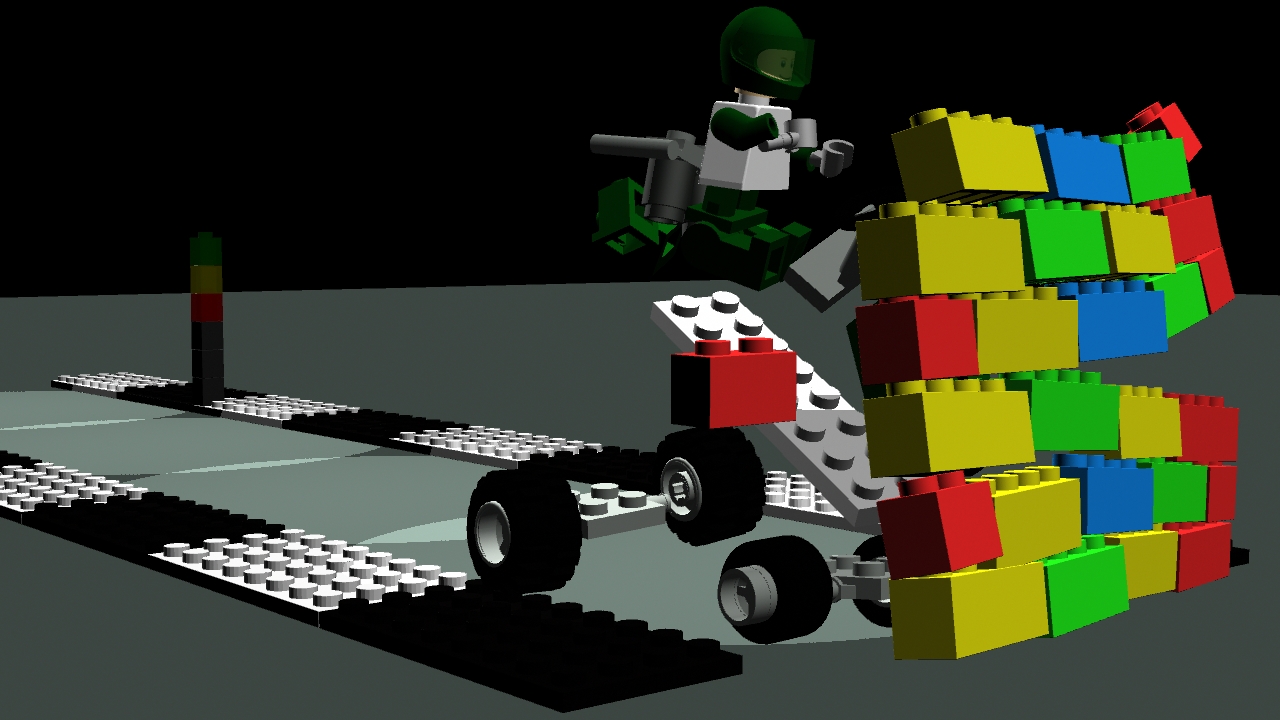 I used four different spotlights to light up the track. The stop lights are lit up by changing the incandecense in the shaders for each of the blocks. Then, I added three directional lights pointing to the front of the wall, pointing to the back of the wall, and another one that's perpendicular with the previous two.

I added static rigid body on the ground plane and the first wall. Then, I added dynamic rigid body for both of the cars and the second wall. In order to create the shape of the colliders correspond to the actual mesh so that none of the pieces are joined together wouldn't 'think' that they are colliding. 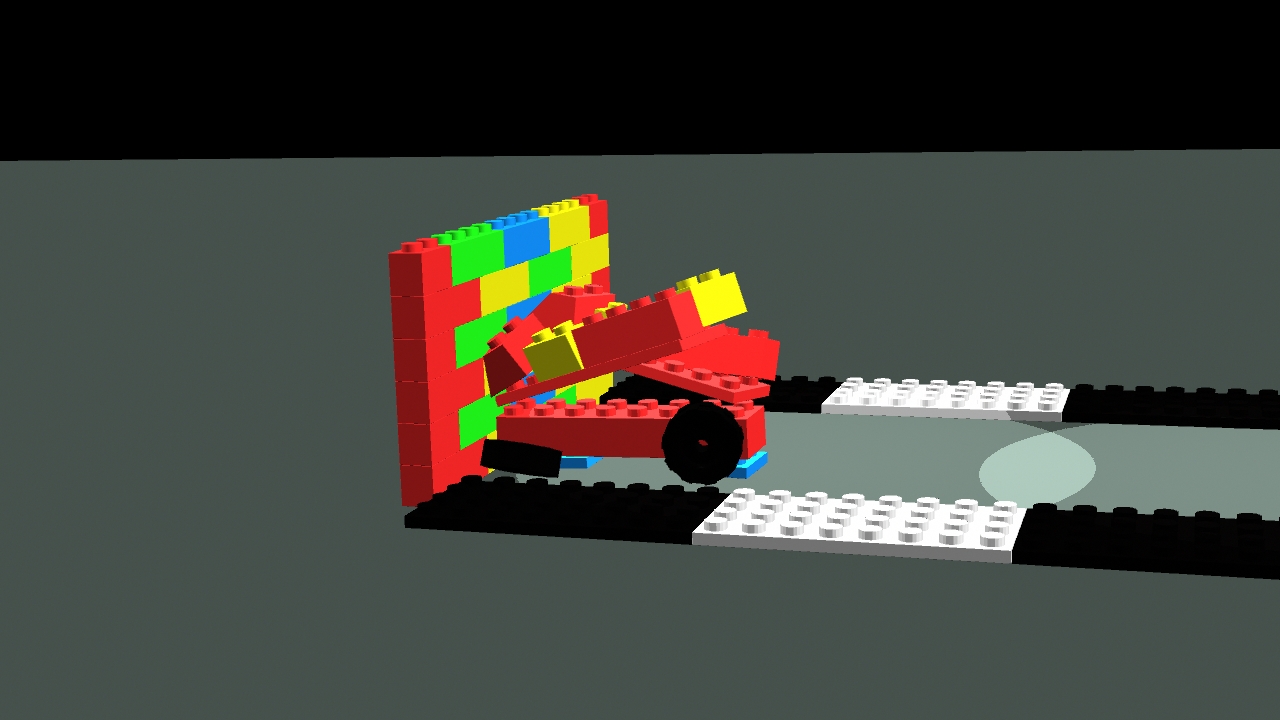 I knew that rendering this with the physics is already going to take a long time even more by rendering it via arnold and although, I prepared my scene, lightning, and shaders to work with Arnold. I opted to use Maya software to alleviate some of the rendering time. I then used premiere pro to assemble all of the image sequences to create the short.