Unicycle: To Life and Death

The project's goal was to create an animation of a unicyclce lasting 10-20 seconds. My output went over by 3 seconds. The unicycle had to be shaded and textured. Adequate lighting were also added in the scene.

In this animation of the unicycle, there's actually four unicycles. Three small ones that are grazing over the plain of grass, then a giant predator unicycle comes in and eats one of the unicycle.

To help with the animation and make the process easier, I created rigged the unicycle with controllers allowing me to manipulate the controllers to control the whole unicycle or just simple each aspect. This allows the wheel to rotate automatically when being moved. There is also a contraint in the axle that allows the unicycle to rotate around the axle without having the wheels to rotate. A controller to bring the suspension up and down were also added. Lastly, I added an aim contraints for the washer on the seat, making it seem to look at something. 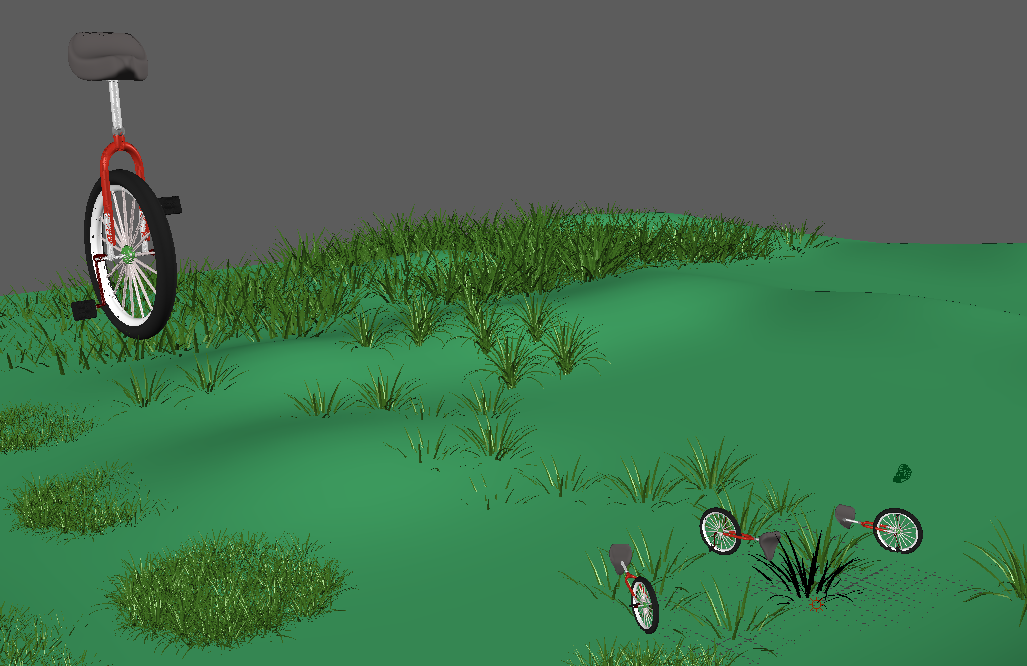 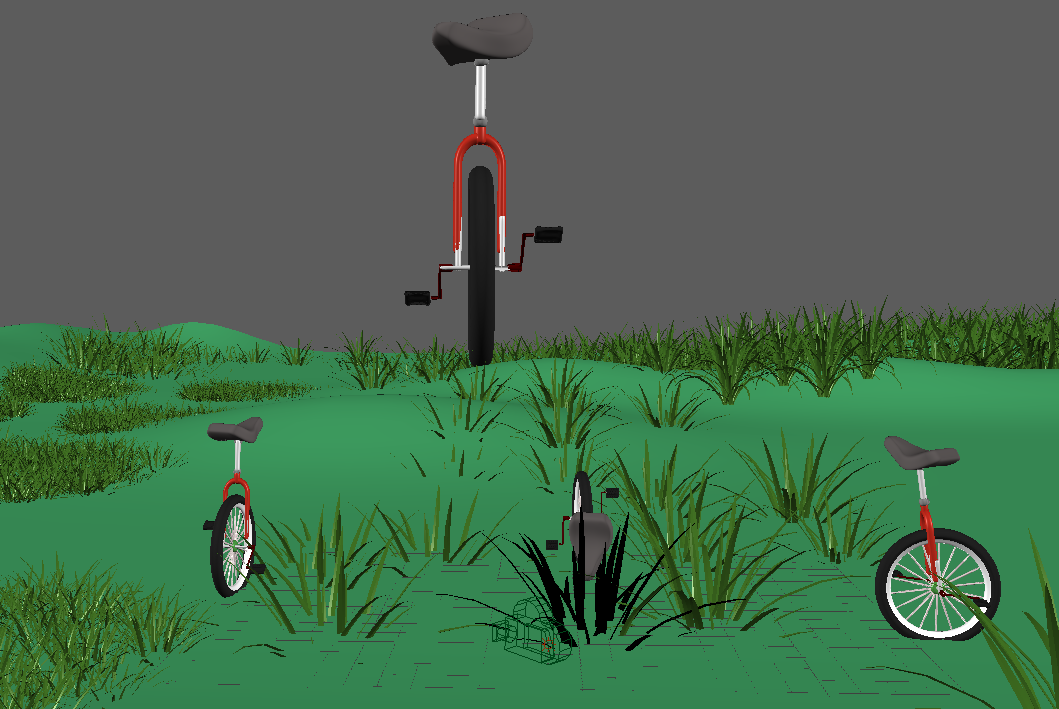 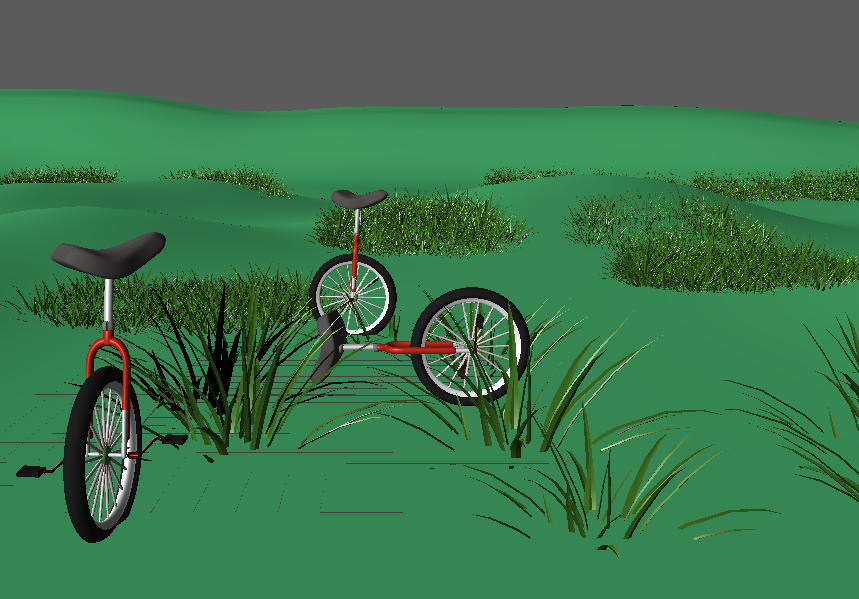